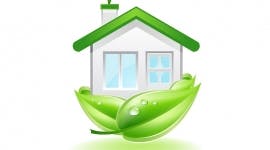 A hot topic towards the end of 2013 was the price increase Britain’s energy and water suppliers were placing on the household consumer.

A report by the National Audit Office said it was estimated there would be an 18% average real-terms increase in household energy bills between now and 2030 with water increasing by 28%. In all the report concludes that “consumers are set to face 17 more years of above-inflation increases in energy and water bills as they help pay for the renewal of the UK's infrastructure.” It is now more important than ever that, as home owners, we adopted a greener and friendlier way of consuming energy in an attempt to reduce monthly payments.

In the modern home the Bathroom may only take up a fraction of space yet it is often a spot where waste (water and energy) is allowed to run freely costing you money. With a few minor eco-friendly changes however you could potentially save yourself big bucks with the following cost beneficial solutions:

Toilets account for approximately 27% of overall water usage in the home – for single appliance usage that’s more than any other appliance including the washing machine, dishwasher and shower. Replacing your old toilet with an eco-flush toilet system is a great place to start when greening your bathroom and reducing bills. A standard flushing system uses approximately 7/9litres per flush whereas an eco-flush system uses only 3/6!

Another place where water is wasted at rapid rates is your bathroom basin. Despite all the best intentions, most people find themselves using more water than they need to when washing their face / hands and brushing their teeth purely as a result of allowing it to run freely until they have finished. Motion Sensor Taps are a great addition to a greener bathroom. They ensure waters is only dispersed as and when it is required saving you money!

If you haven’t already made the switch to LED lighting now is the perfect opportunity.

Energy efficient lighting is one of the simplest ways to save on both your energy bill and the need to constantly buy replacement bulbs. On average an LED bulb consumes 80% less energy than a standard bulb as well as lasting 25 times longer, offering a rated life of about 25,000 hours!

Taking shorter showers is one way to cut down on excessive water use however if you’re someone who likes to indulge longer, then you should consider installing an eco-shower head, which on average will save you up to approximately 30% on your current fitting dependent on your shower. Eco-shower heads work on the principle of combining air and water in the system flow which gives the impression you are receiving the same amount of water through your system when in fact you are using 30% less.

“Over the past 6 months we have had a noticeable increase of people enquiring and requesting eco-friendly solutions incorporated into the design, supply and installation of their new bathroom.

Consumers are now more wary than ever of the energy and water they waste in the bathroom and the potential cost benefits they could incur should they make small changes in the design process. Despite government incentives and promises being made in the run up to the next general election with regards to price freezes on household bills consumers are still taking the matter into their own hands with regards to preparing themselves for the above-inflation increases over the coming years.”