On the 18th of September 2016 Steve Passmore took part in Howley Hall Golf Clubs 15th annual charity event to raise money for Children in Need and a number of local charities.

A heavily supported event this year’s spectacular occasion allowed all budding golfers a chance to play against Sandy Lyle – a veteran of 5 Ryder Cups and passed winner of the US Masters and British Open.

Since first established in 2002 the yearly event has so far raised a total in excess of £260,000 excluding this year’s contributions. Not only did we (Passmore Group) sponsor a Tee on the day but Steve Passmore also played in which himself and his team came 4th. 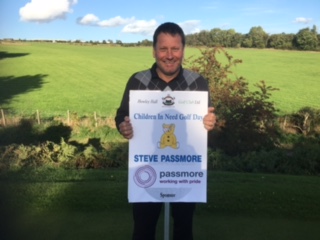