Mr Tumelty’s bathroom and separately adjoining WC was in drastic need of updating with a modern and contemporary twist. The late 70’s yellow suite was made up the two rooms consisting of a wall-to-wall enclosed bath with over shower mixer and pedestal basin (bathroom) and a separately enclosed low level WC.

Both rooms were fully tiled but due to length of time in situ the condition had suffered from cracked glazing, discolored grout and mold had started to form as a result of increased humidity combined with poor ventilation & product residue. 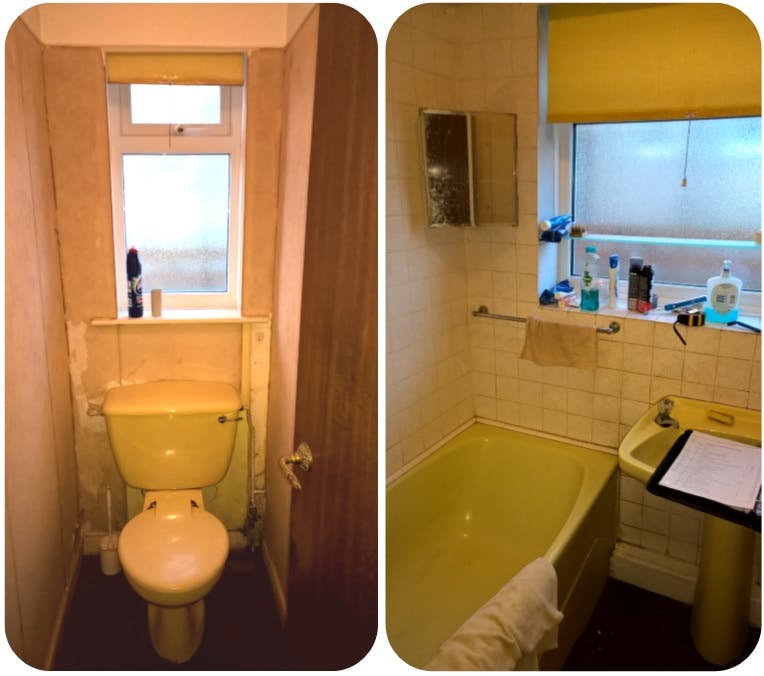 Mr Tumelty was an extremely organised and confident customer who knew exactly what he wanted when he walked through our doors. That being, the provided solution to his bathing problem consisting of a complete rip out, revamp and refit of new fixtures. Despite Mr Tumelty’s structured approach to the works he decided to come to More Bathrooms as he wanted the fully managed service and after care that we offer.

Andy Keir, More Bathrooms Surveyor & Designer, took on board all of Mr Tumelty’s requests presenting him with a bathroom design that didn’t require any changes. Andy specked the new bathroom giving careful consideration to the wants and needs of the customer. The outcome was a unchanged product selection that incorporated a fully tiled bathroom & separate WC consisting of modern fixtures to the tune of a bath with over shower mixer with curtain surround, a large D shaped pedestal basin and a closed couple pan & cistern WC in the adjoining room.

“RELIABLE - work done as surveyed, installation carried out on time and with quality.”