Mr Fozards existing small bathroom suite was relatively new in the grand scheme of things however the fixtures in situ made it feel older than it was – our guess is early to mid-1990’s. Consisting of matching coral coloured bath with over shower mixer and coral oyster shaped pedestal basin & WC the room was finished off with gold / bronze trimmings in the form of basin & bath taps, shower mixer, curtain rail and glass slider screen. The suite was also fully tiled with a detailed boarder and vinyl to the floor. 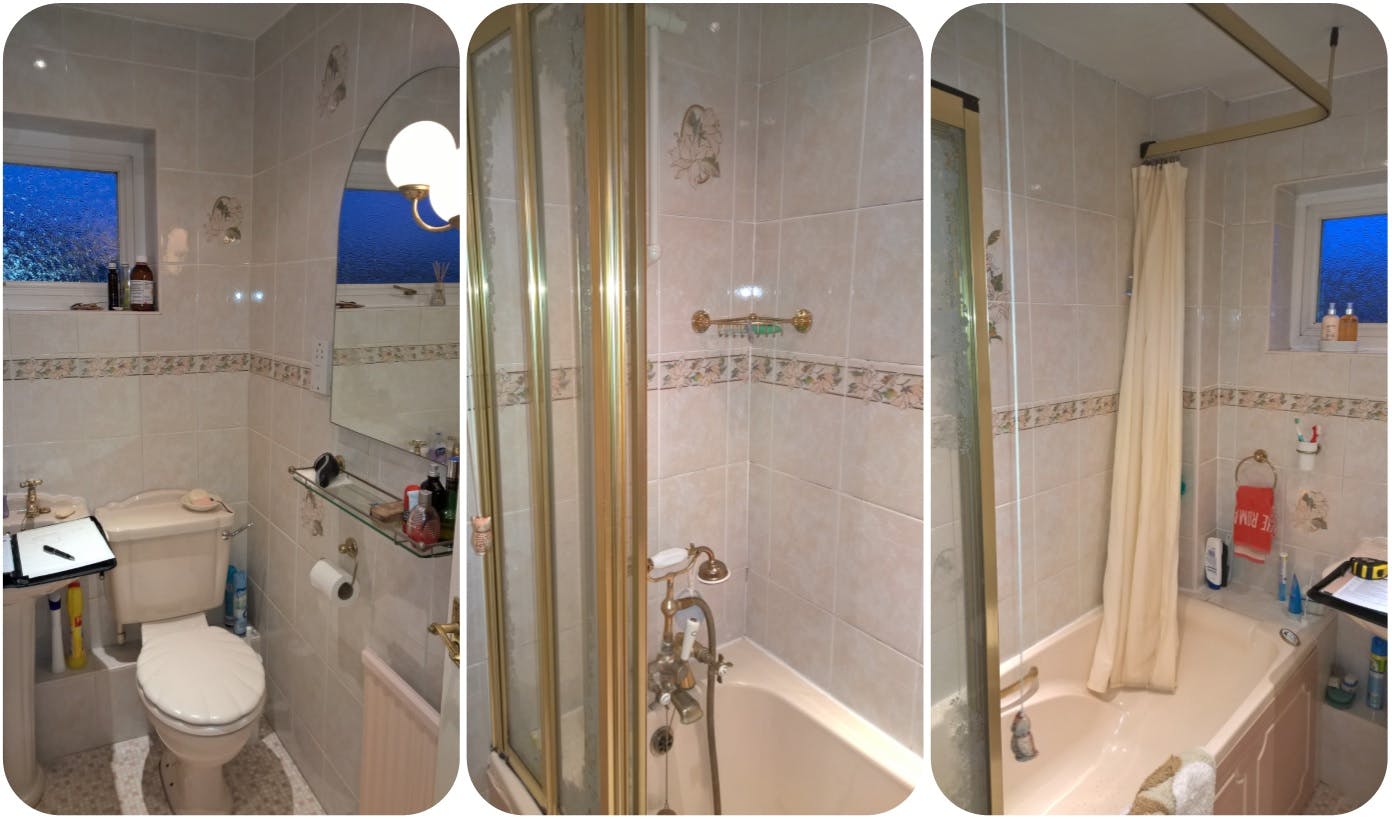 Mr Fozard was a well informed and organised gentleman when it came to renovating his bathroom. Having downloaded one of our helpful design guides a month or two previous he had spent his time researching exactly what he wanted his project to achieve in terms of product choices and outcome.

Relaying his wants and needs to More Bathrooms Surveyor & Designer Andy Keir, the pair were able to put their heads together to come up with a solution that incorporated Mr Fozards vision for his dream bathroom. Making it clear from the off that his heart was set on converting his bathroom to a shower room Andy was able to design a suite that incorporated all elements specified and include all preferred materials in a layout that made the best use of available space.

The real statement feature however came in the form of the large 1200x800 corner D shaped shower enclosure with dual opening sliding glass doors – a modern day must have that Mr Fozard has requested himself. The room was finished off in large grey tiles to the walls and matching black marble effect tiles to the floor which in all concluded a brand new, sensationally designed shower room.

“We would just like to thank More Bathrooms & Andy Keir (surveyor) and Glen (installer) for all their help in producing the shower room of our dreams!”