Residing in a large Victorian styled house Mrs Jeavons bathroom was typically traditional in style and boosted high ceilings and wide spread floor space. Featuring a low rise WC, pedestal basin, bath with shower mixer and glass screen the suite was half tiled / half decorated with blue detailing to the boarder and walls. Although not overly dated, partly due to the chosen design, the bathroom was starting to feel a little tired through use and in need of a refurbishment. 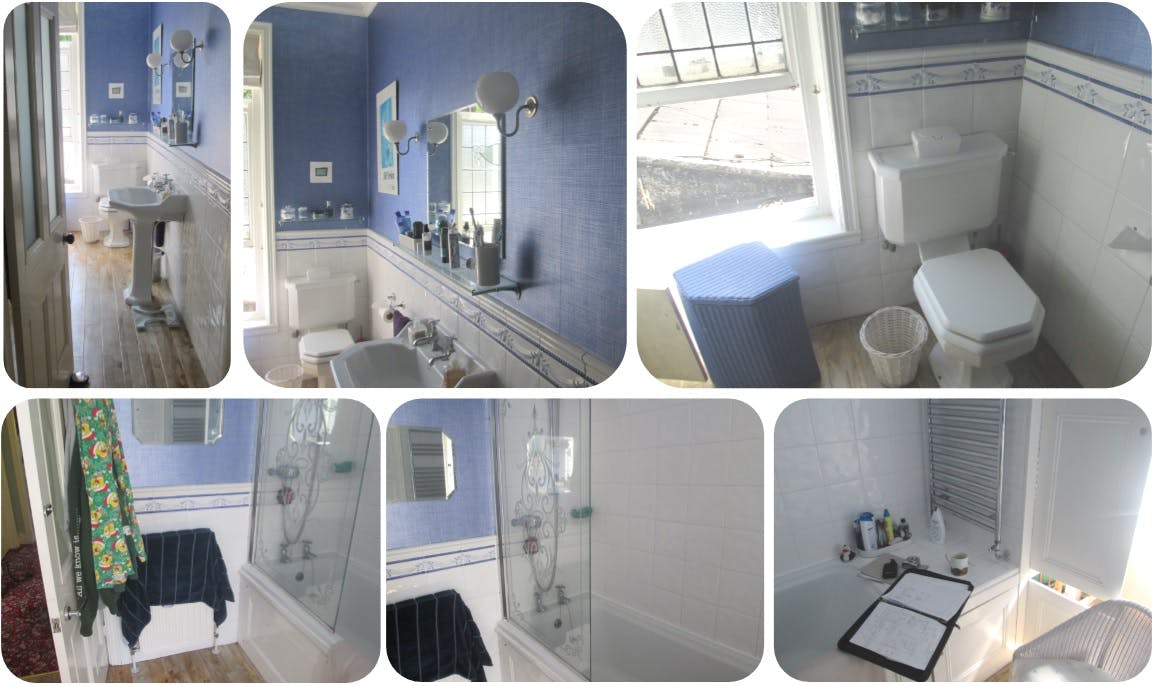 More Bathrooms Surveyor & Designer, Nigel Dawson, met Mrs Jeavons at her property to review and discuss the existing bathroom and aspirations moving forward. Wanting to stay with the Victorian periodic style of the rest of the house Mrs Jeavons was clear in her ideas and requirements, that being a traditional bathroom with a modern twist.

Working closely alongside the breif Nigel proposed converting the 3-piece suite into a 4 which could be achieved by seperating out the combined bath and shower fixture and showcasing a separate bath and walk-in shower unit. The room was definitely big enough to comfortably display individual fixtures however it was the play on ‘modern twist’ that gave the proposal the go ahead which was to be designed into the new shower area.

Having come recommended by a close friend Mrs Jeavons had very high expectations which were surpassed through the quality of work and received levels of service and care.

The new 4 piece suite was a perfect combination of traditionally modern styles and designs which was achieved through a number of variating fixtures and finishing touches. A brand new low rise WC and pedestal basin was installed in the same primary locations with a separate walk-in shower unit and double ended bath featured along the opposite wall. The room was fully tiled to the shower area and half tiled /half decorated on the remaining walls with a dark, untreated, wood affect floor covering. The finished suite was a perfect combination of a traditional bathroom with a modern twist that Mrs Jeavons was looking for.

“Both fitters and the plumber were absolutely excellent – can’t fault them. The quality of work & service were delivered beyond our expectations.”