Mr & Mrs Morrison had an awkwardly shaped, long & narrow, bathroom that was in great condition, given the fact it was approximately 15 years old. Although albeit tired, which was the underlying motivator for the refurbishment, the glacier white suite was half tiled with boarder detailing and consisted of high quality fixtures in the form of a bath with overhead shower, close coupled WC and pedestal basin.

Wanting to make the most of the available space, while embracing the rooms characteristics and charms Mr & Mrs Morrison had thought long and hard about whether the concept of a bath was wanted, needed and desired within the refurbishment or whether a bath to shower room conversion would better met their requirements.

Although previous discussion had been had it was clear when More Bathrooms Surveyor & Designer, Paul, met the couple on site that a decision had not yet been reached which is where Paul’s experience, knowledge and creative eye for design added value to the overall decision making.

Realising that, although the couple knew a shower room conversion would best suit their desire to create space, it was evident that there was still an underlying want to be able to enjoy a long soak in the bath.

With that at the forefront of Paul’s mind he began to work with the space and with the help from space enhancing design trickery created them a best of both worlds 4 piece suite. Through the relocation of key fixtures, careful selection of sanitary ware products and a strong emphasis on the finishing touches the once awkwardly shaped bathroom was transformed into a modern day masterpiece. 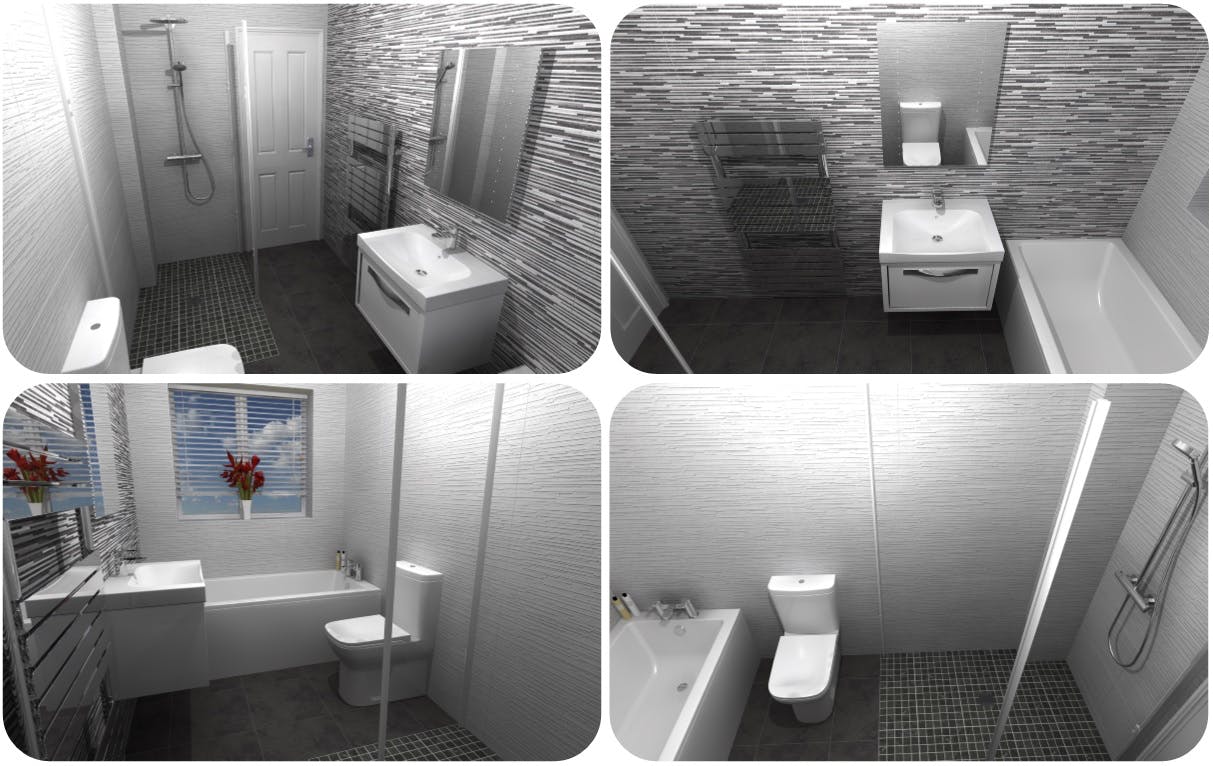 “Jim did a fantastic job and was a credit to your company.”