Mr & Mrs Miller had recently moved properties to be nearer their daughter and grandchildren. As a result they were looking to renovate the new house, in order to make it feel like their home, starting from the top down. The property, which was in need of a little bit of TLC, featured a main bathroom and a separate en-suite; both of which were tired and dated in design.

The main bathroom was the smaller of the two and consisted of a dark wood effect vanity basin and WC unit along with a separate, square, shower enclosure. The room was fully tiled with a detailed boarder and featured diamond effect vinyl to the floor.

The en-suite was a vast and bright space, thanks to the large bay window, comprised of a bath, separate shower closure, pedestal basin and WC. Also fully tiled with a detailed boarder, the floor was carpeted giving it a warmer, however slightly unhygienic, look and feel. 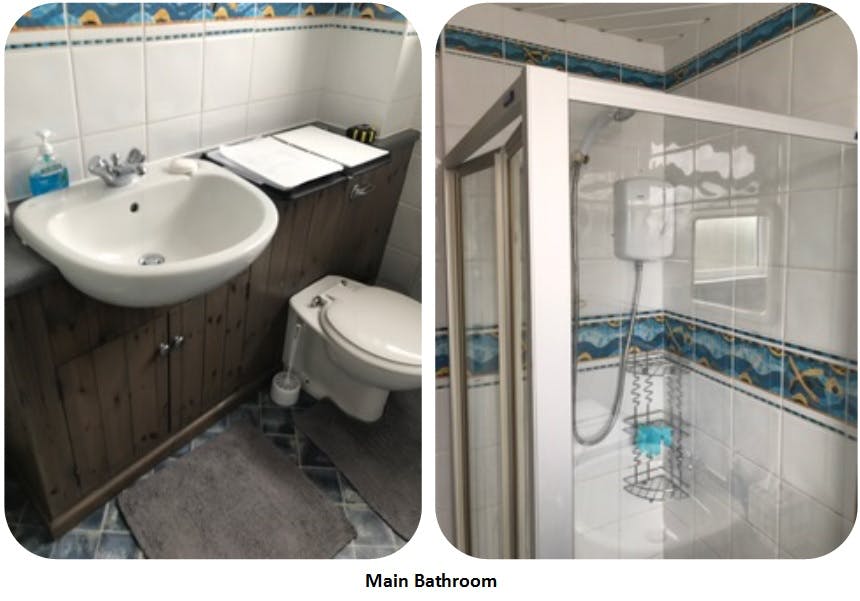 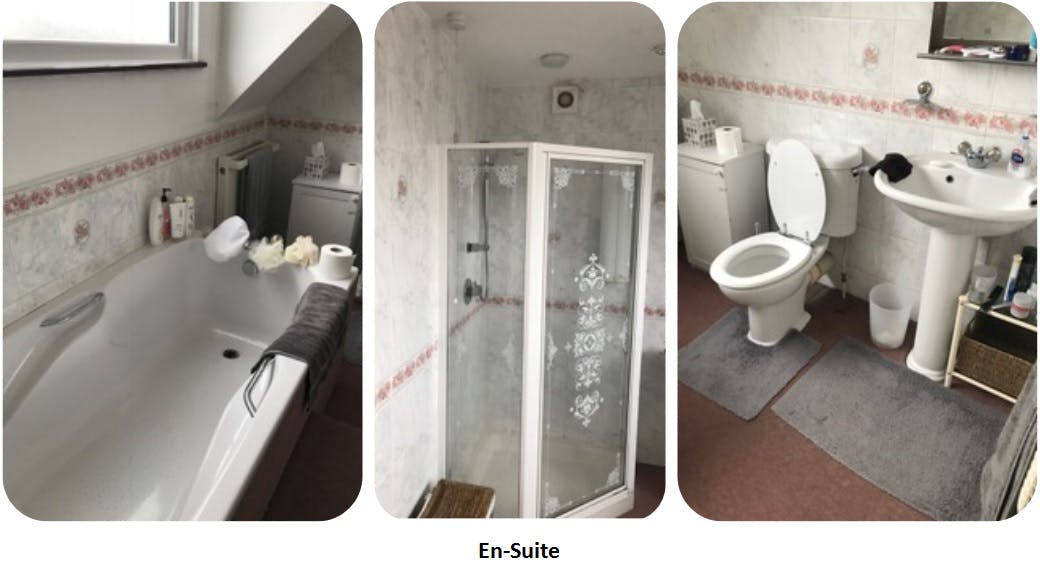 Having come to our showroom in the first instance, and undoubtedly carried out additional research over and above, Mr & Mrs Miller were engaged and inspired to the point they knew what they wanted with regards to colours & finishing touches but had non-specific knowledge of preferred fixtures.

Detailing and discussing this with More Bathrooms Surveyor & Designer, Andy, the couple confessed they needed his design experience to help brining it all together; our full design & installation offering was an added bonus as they were reassured the agreed design would be relayed and brought to life by our multi-skilled team of in house fitters.

Furniture was a ‘must have’ in both rooms and the agreed colour scheme, which was to be consistent across the main bathroom & en-suite, was mainly white with a dark top to the vanity units.

The master en-suite was the main focus, due to its vast size and likelihood of increased use. Deciding on a straight swap refurbishment the newly renovated en-suite featured a large shower walk-in shower enclosure, back-to-wall D shaped bath (a must for bathing the grandchildren) and a large vanity basin and WC unit. The small house bathroom consisted of the same vanity basin & unit, only smaller in size, and a large rectangle shower enclosure. Both rooms were finished with tiling to the floor and wall boarding to the seal the shower areas, as well as being used as a splash back above the vanity units. 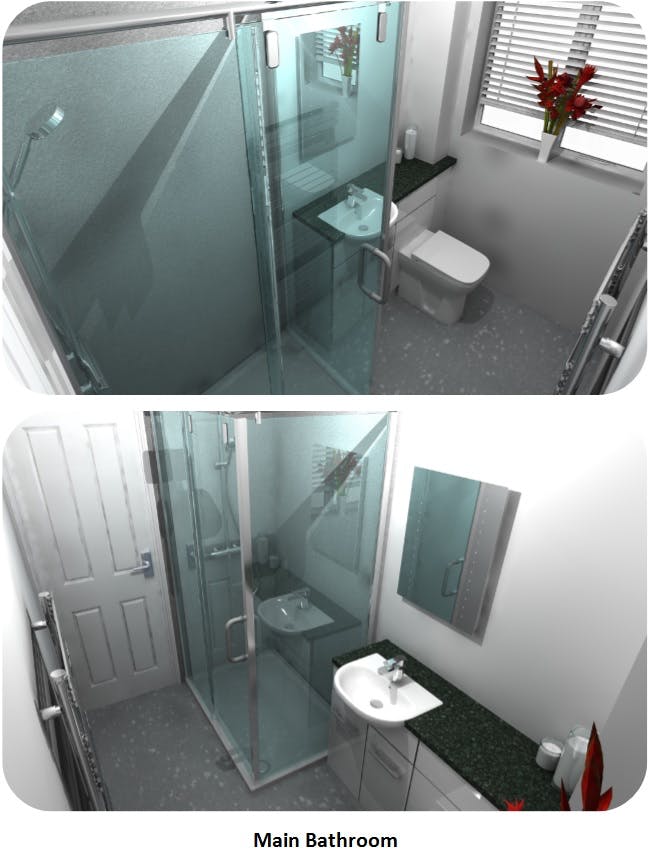 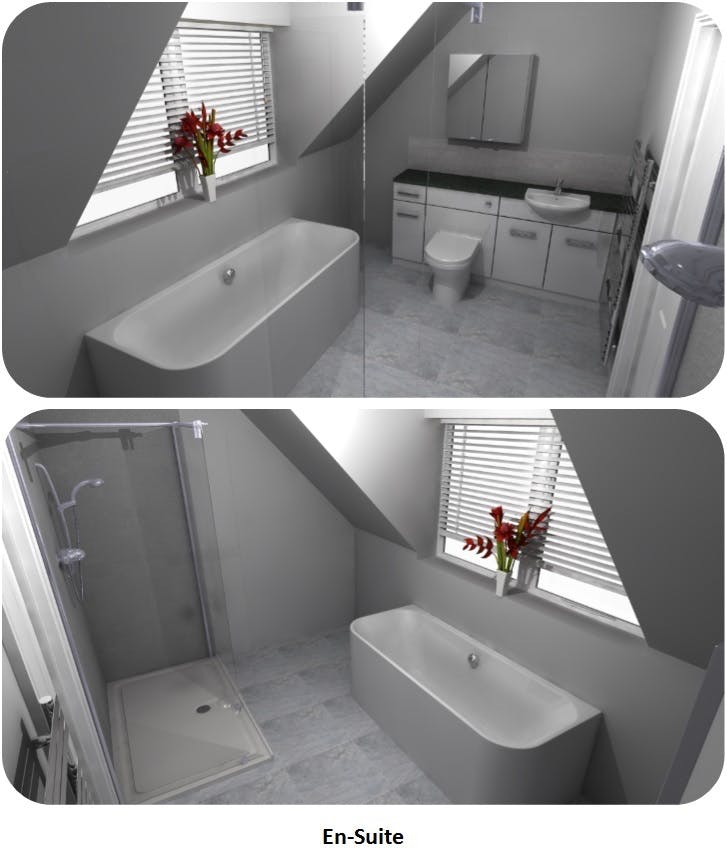 “We would just like to say a big thank you to More Bathrooms for all the work carried out on our new bathroom & en-suite. Everything has been carried out in a very professional way from choosing our products in the showroom to installation completion.

Our fitters, Ben and Matt, were brilliant! Their workmanship was excellent and I completely trusted them to do a good job. They had a great attitude even when facing any challenges and were a pleasure to have around – friendly, approachable and completely trustworthy. Thank you.”