Mr & Mrs Roberts had three wash rooms that they were wanting to breathe new life into; a main house bathroom, a spacious en-suite and a downstairs cloakroom. Tidy in appearance but tired in design, having been in situ since the house was built approximately 20 prior, the existing suites were consistent in design which encompassed whisper peach fixture and fittings, wood effect flooring and half tiling with a cream listels detailed boarder. 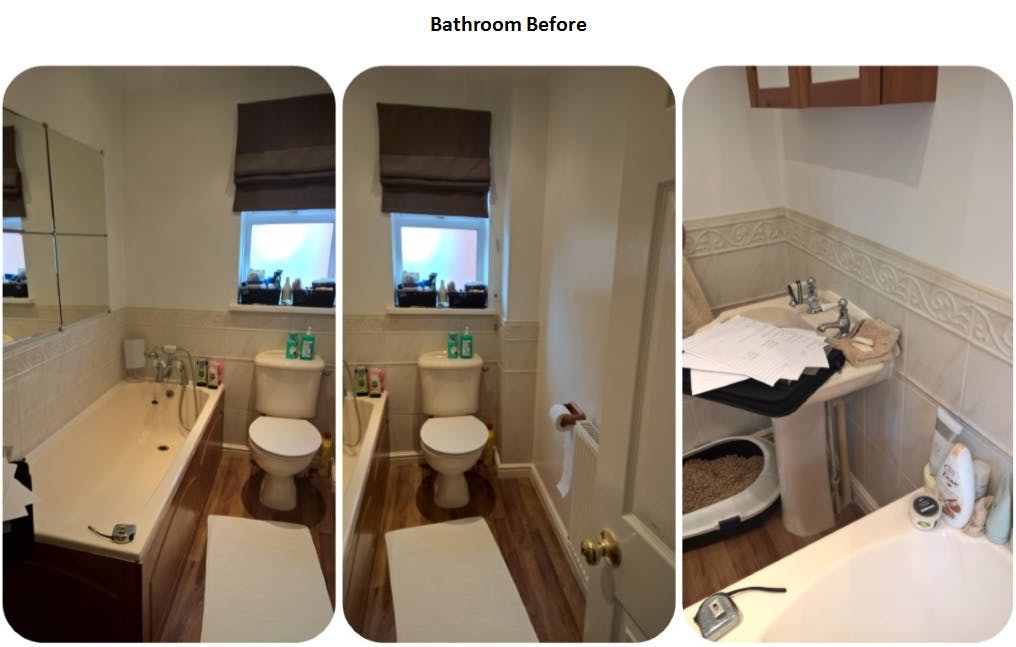 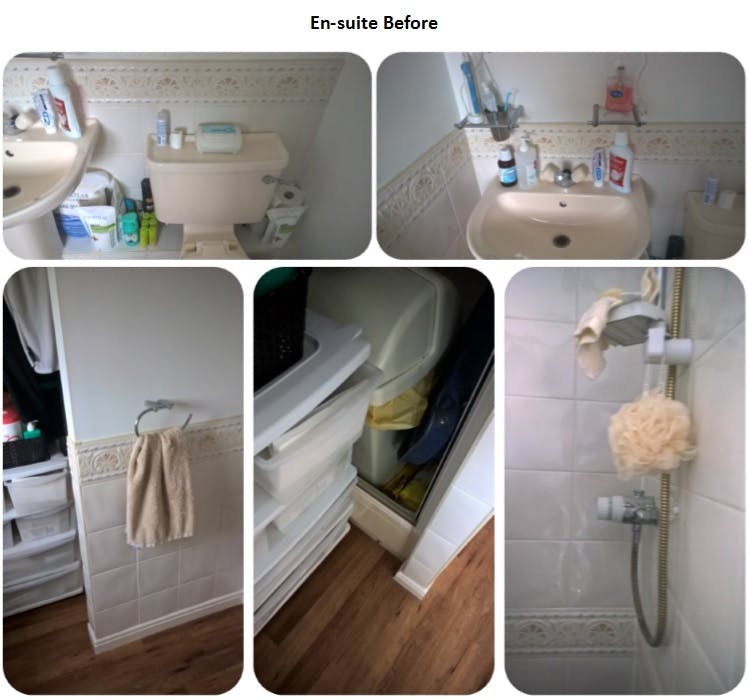 Wanting to continue a consistent theme, Mr & Mrs Roberts were happy to let More Bathrooms Surveyor & Designer, Garry, lead on the design with a modern look and feel being the core focus for the renovation works. With so many rooms to discuss, equally significant in their purpose, Garry started by treating each room individually in order to fully understand there specific requirements.

Focusing on the main bathroom to begin with it soon become apparent that the want and need of a bathing facility was a must have in the renovation works, so much so that the proposed design was a basic modern twist on the existing layout.

Moving onto the en-suite Garry discussed the requirements of a shower facility given the fact that the existing was never used, and instead worked as a make-shift, storage area. Exploring the details it soon became clear that, although they wanted to keep a showering facility, the reason for never using the existing was due to the size and shape of the enclosure, which was installed behind a stud wall, making showering difficult with an un-functional and claustrophobic feel.

The cloakroom was more of the same; relatively basic both Mr & Mrs Roberts were wanting to refresh the existing space making it consistent with the other renovated rooms with a modern look and feel.

Having decided early on what the functional requirements of each washroom was Garry proposed using a combination of ditto grey tiles, white fixtures and fittings and black accessories / flooring covering in the en-suite wet room to achieve an aesthetically pleasing renovation.

Consistent across all three suites the minimal and modern look and feel transformed the existing rooms unquestionably. Removing the stud wall in the en-suite, and replacing it with a class patrician, opened up the available space meaning a once claustrophobic and un-functional shower area became a light and airy wet room which totally transformed how the couple felt about bathing.

“We have had our en suite converted to a wet room and main bathroom and cloakroom replaced. Overall this has been a great experience. The workmanship of the fitter Steve is second to none and we are delighted with the final results.

The process throughout was very good. From visiting the showroom to Garry coming to our house and assisting with design to the girls ringing and keeping us up to date with progress. We would (and have) recommended More Bathrooms to friends and I would certainly use them again.”