Mr & Mrs Abbey had an existing bathroom and adjoining WC in a matching wild sage mid 70’s styled suite. Consisting of a bath and basin pedestal in the main facility and a toilet and wall hung basin in the separate WC both rooms were in need of a little TLC in order to enhance the couples bathing experience. 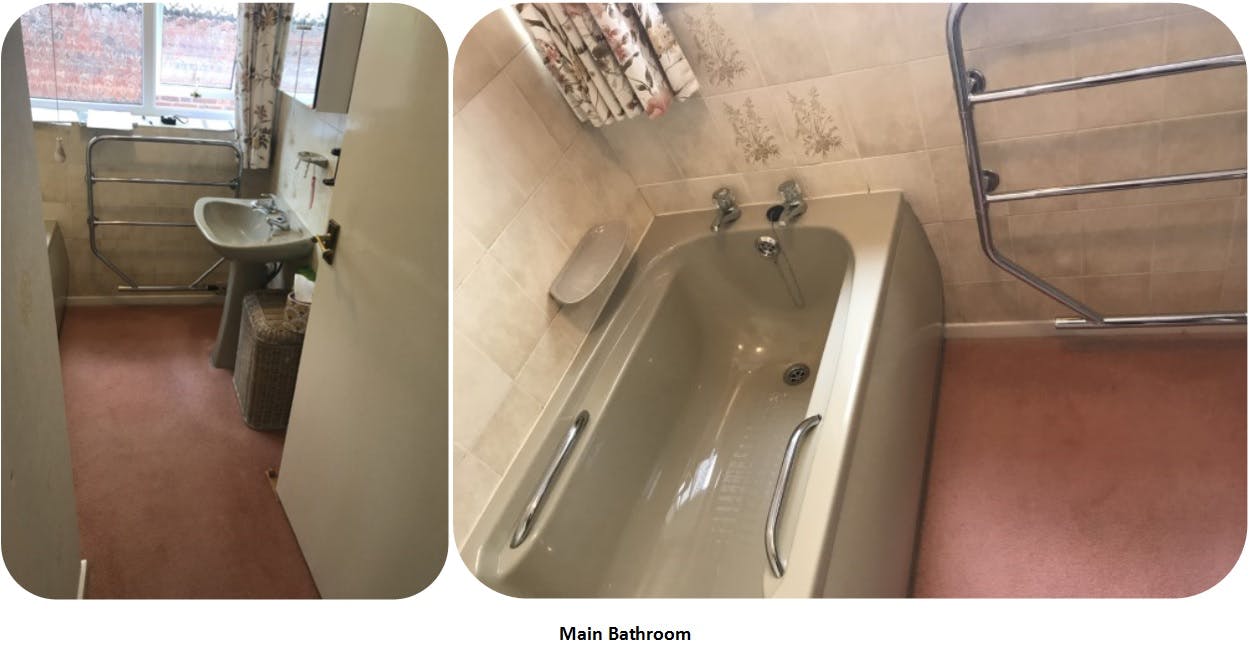 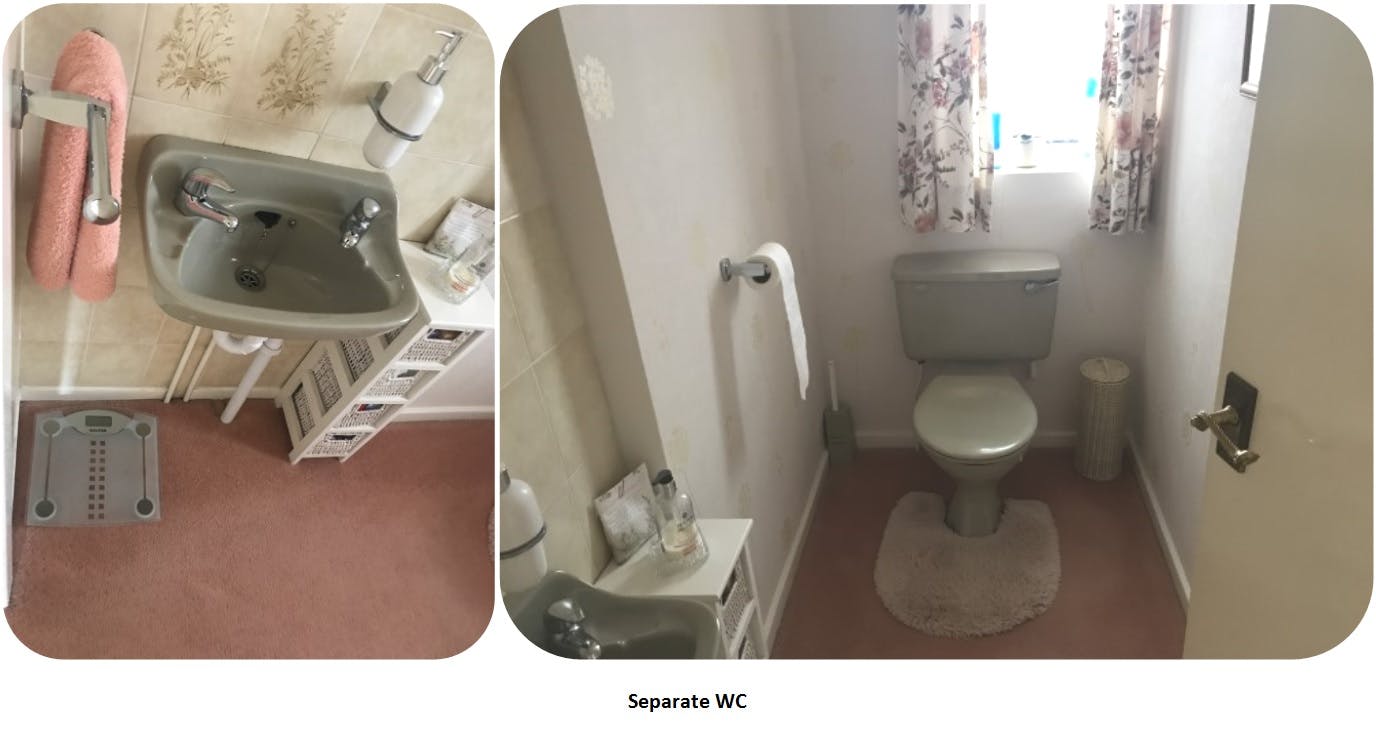 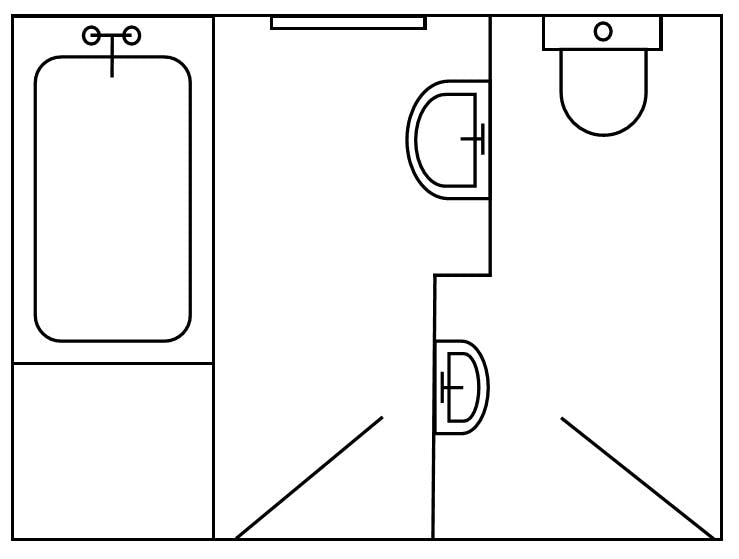 Having visited our Harrogate bathroom showroom in the first instance it soon became clear that the renovation was to be a long term and highly considered home improvement project. Following on from their initial showroom consultation, and having spent time researching their bathing preferences, More Bathrooms Surveyor & Designer Garry, visited Mr & Mrs Abbey at their home to take the design process to the next stage.

Definitive on their decision to convert the existing bathroom into a shower room that encompassed a large quadrant shower enclosure this facilitated the ability to rework the layout in order to create enough space to include a WC in the main bathing area.

Fully briefed by both Mr & Mrs Abbey the couple were looking for a ‘suitability’ confirmation from an experienced designer with regards to their aspirational visions. With the final choices and flooring options being the biggest decisions Garry spent time sourcing exactly what had been described to him, ensuring both were 100% happy with all aspects of their renovation project. With a handful of companies in the running for the works it was undoubtedly our reputation, full service offering, family ethos and Garry’s tenacity to deliver above and beyond that saw us being awarded the works. 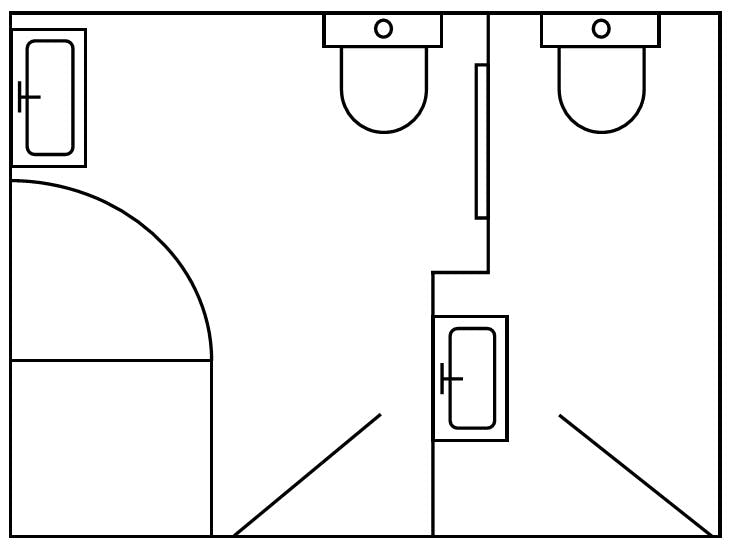 “My wife stood on our landing, hands on hips, starring at our bathroom. What’s the matter I said? Nothing she replied, I'm just admiring it.

Many thanks to all the More Bathrooms & the Passmore team, with a special thanks to Richard, for what he has done and the way he has done it - first class!”

More Bathrooms, part of the Passmore Group, is Yorkshires only 5* rated bathroom design and installation company. Making dream bathrooms, shower rooms, en-suites and cloakrooms a reality we are extremely proud of the exceptional service we continuously deliver from design right through to installation and after care.