Having recently moved into the property Ms Cheemas was wanting to renovate both her bathroom and shower room, creating a consistently modern traditional theme across the two.

The existing bathroom felt cluttered whereby everything seemed to be installed on top of one another. Consisting of an enclosed bath, pedestal basin, bidet, shower enclosure and a WC that was enclosed behind a half height wall, the dark design and over ‘fixtured’ space required a complete redesign and layout rethink. 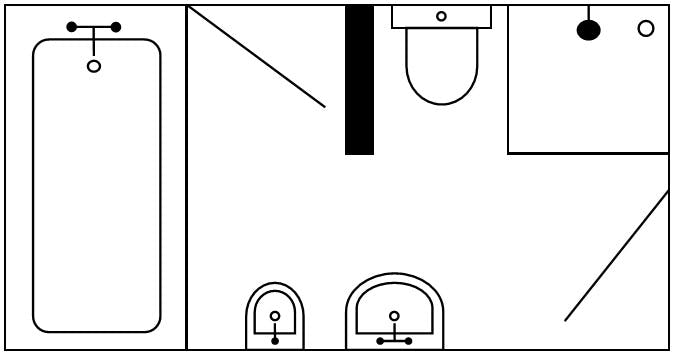 The shower room however was a complete opposite. Originally designed by the previous owners with ‘mobility’ and ‘accessibility’ in mind, the large space consisted of an open wet room shower, two WC’s (one comfort height and one standard) and a small vanity basin unit. With vinyl to the floor the room was full tiled in a beige tile with mosaic border and featured a large bay window which created a light, bright and open space.

Having initially visited our Harrogate Bathroom Showroom for further research, advice and design inspiration, Ms Cheema was impressed with our modern traditional offering with regards to available products, finishing touches and display design.

Well informed and with a good idea of what style she wanted, Ms Cheemas felt more than confident in our ability to deliver her vision of ‘traditional design with modern characteristics’ and with that booked a free home survey, design and quote appointment with More Bathrooms Senior Surveyor, Simon.

Wanting to create a consistently modern traditional design across both rooms, Simon first turned his attention to the bathroom, which in terms of work involved, required a complete layout rethink. Wanting to open up the available space, and as a result of already having a completely separate shower room in the house, Simon proposed removing the existing shower enclosure in order to create additional space. In line with this theme it was also decided to relocate the bidet into the shower room, therefore only leaving the incorporation of a bath, WC and basin.

Already a large space that was well designed in terms of utilising the numerous nooks and crannies, the only real task at hand was the incorporation of the additional bidet. However with two WC’s already in situ in the existing suite, both coming out and only one going back in, this made a perfect space to incorporate the new piece of sanitary ware.

An existing bathroom and shower room, that were completely contradictory to one another, were transformed into consistent traditional designs that incorporated modern characteristics through-out. The bathroom was completely changed in terms of both product features and layout to present spacious design, whereby the shower room was renovated to ensure a consistent theme was achieved across both rooms.

Featuring an enclosed bath that was installed in a tiled plinth, the simply classic bathroom also featured a back to wall WC with concealed cistern and a traditionally styled pedestal basin. 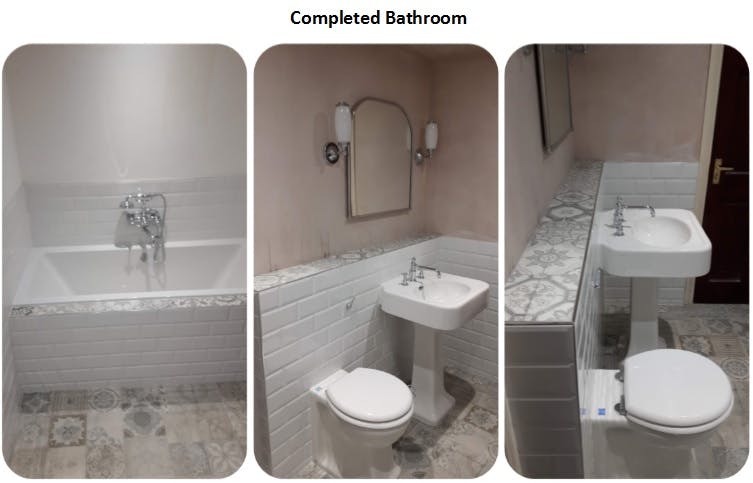 The shower room presented a large wet room with a traditional low height WC, bidet and an arcade wash stand basin. Both rooms were half tiled using a combination of Moroccan styled feature tiles and a traditional metro white tile.

The design stage could have been dealt with in short stages instead of one extended appointment and a few small design details had been omitted. These were resolved at the installation phase, however.

Overall the result is excellent and would return to More Bathrooms for any future project, for a high quality refurbishment.”

More Bathrooms, part of the Passmore Group, is Yorkshires only 5* rated bathroom design and installation company. Making dream bathrooms, shower rooms, en-suites and cloakrooms a reality we are extremely proud of the exceptional service we continuously deliver from design right through to installation and after care.