Mr & Mrs Gregson had a very small and awkward shaped family bathroom that consisted of a bath with overhead shower, that was set back in an alcove, and a run of fitted furniture that housed the WC and basin. Wood effect through-out, the fully tiled small family bathroom was in need of some experienced inspiration with a view to creating a functional space enhancing, modern and classy design.

With a young family occupying the property the requirement of a bathing facility was paramount to the finished bathroom renovation. Initially wanting to redesign the layout it soon became clear that the parameters of the room wouldn’t allow it, and with that More Bathrooms Surveyor and Designer, Garry, had his work cut out revolutionising the difficult space.

With the use of space enhancing design tricks the awkward small bathroom was transformed into a functional and modern family suite.

Consisting of a bath with overhead shower, that remained enclosed but had been sited with the shower end in the alcove for access. The run of furniture had been removed and replaced with a less intrusive, purpose built, stud wall that would hide all pipework and services for a clean and tidy maintenance free finish.

With a large bespoke mirror installed the full width of the end wall, the neutrally coloured, fully tiled, small family bathroom also featured modular wall hung furniture for storage that was set off the floor which provided the illusion of space. 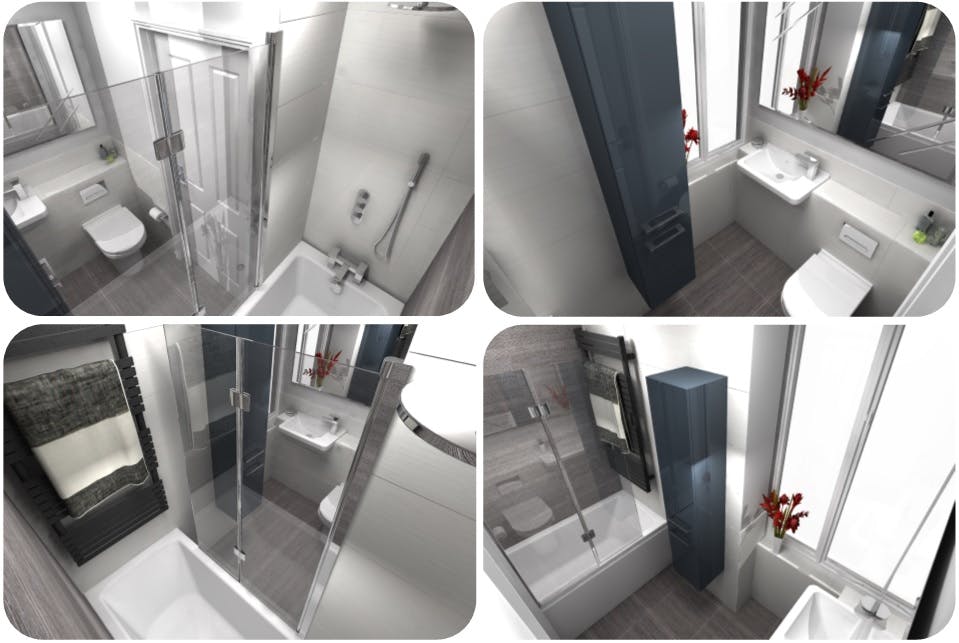 “Very impressed with Richards attention to detail and communication.

Very satisfied with every aspect from Garry's design, the survey, and of course Richards excellent installation skills - if only all tradesmen took this much care!”